How To Recover from Mixing Mistakes as a DJ 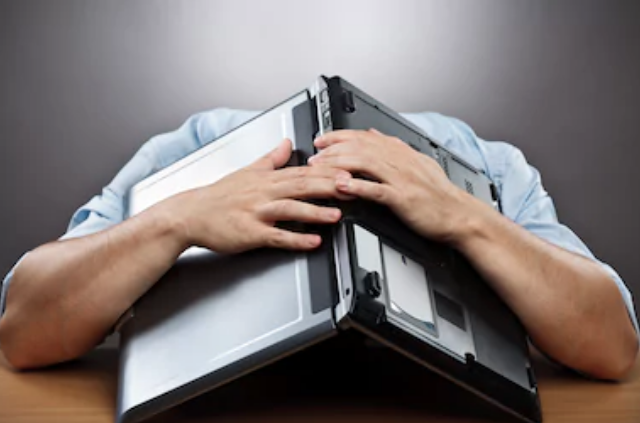 Picture it: you’re behind your decks, packed crowd, everyone’s having a great time…the scene is lit! Suddenly, the track skips. The file glitches. You hit the wrong cue pad. Maybe you fade in the track and it’s out of sync for some reason. There are tons of things that could go wrong, and one or more of those scenarios has happened to us all at some point in our DJ careers. Technology can get the best of us, or we can be thinking about so many things in the moment that the mix blunders. It may seem like it in the moment, but it’s not the end of the world. However, if you’re not prepared, live blunders can make or break your career. Here are several ways you can professionally recover from mixing mistakes during your live set.

As cliche as it sounds, DJ, the show must go on. Perhaps the biggest rule to remember when trying to recover from mixing mistakes is to KEEP GOING. Whatever you do, don’t stop the music! Chances are, you’ll make more of the mistake than the crowd will. If you stop the music, they definitely will, but oftentimes they won’t even recognize it. If they do, though, never let them see you freak out. Poker face the moment! Get into the next track, and keep the party going. You are in control, so present yourself and your mix like it. With a good music selection in the right order and an understanding of keeping your crowd engaged, a mistake can be seen as a tiny blip in an otherwise amazing night.

Plan Your Sets in Advance

One of the most important ways to recover from a mixing mistake is to have a planned-out playlist for your gig. If you’re playing out regularly, this should go without saying because you pretty much already have an idea of what type of set you typically play. But if, for example, you have to play a wedding, festival, or corporate event that’s out of your norm, you should think ahead and set up digital crates/playlists for the event. This will allow you to have a mental backup plan in case a music file has irregular artifacts you didn’t know were there. Or, if you accidentally placed the wrong edit of a track with profanity in your crate, knowing your set list of songs will help you switch to plan B effectively and, more importantly, quickly.

Use Your Skills as an MC

Another way to recover from a mixing mistake is to talk your way out of it. Even if you don’t usually have the gift of gab while DJing, it’s important to know how to steer the crowd occasionally with good MC skills. Humor and hype can go a long way in your quest to keep the crowd in the moment (and not focused on your errors). Play off the mistake by being an entertainer. If the blunder was extremely noticeable, acknowledging it on the mic with some humble humor. Or, casually admit the mistake and let the crowd know one “oops” won’t stop the party. You’ll get more respect for your effective recovery than you will allowing the mistake to bring your down and impact the rest of your set.

Making a mixing mistake behind the decks happens. It’s inevitable. But it’s not necessarily how or why you made the mistake. Rather, it’s how you rebound. Stay in control, have a contingency plan, and continue to make your mark on the night by doing what you do best: entertaining the crowd as the music selector they want you to be.