Build Your DJ Fanbase With JammText 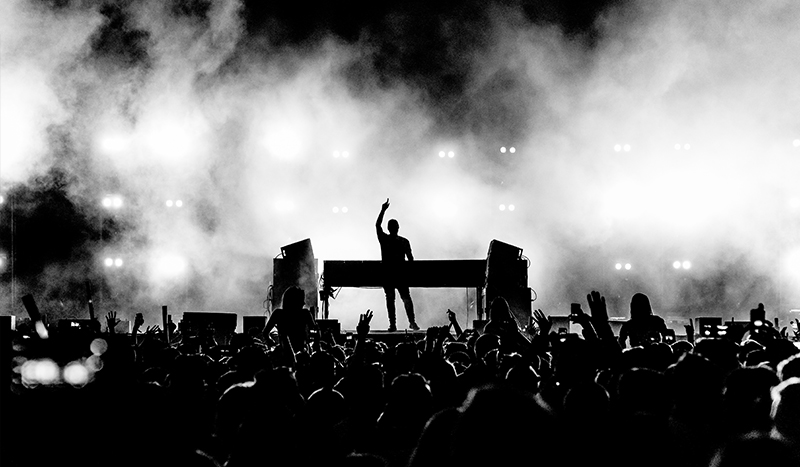 Whether you’re just starting out as a DJ or you’re a seasoned veteran, one undeniable rule will forever remain true….your crowd is everything! Without them, you’d be playing to an empty room and counting the hours until your set is over. But, with a dancehall full of smiling fans with their hands in the air, time seems to pass in an instant! In today’s DJ industry, playing music is only a small piece of a much larger success puzzle. To make it big (or even semi-big), you need to play music, network, market yourself, and cultivate a loyal fanbase. Luckily, interactive tools such as JammText can help enhance and strengthen your relationships with your fans, before, during, and after your shows.

Engagement at the Party

JammText is a revolutionary text to screen software program for DJs, but it can do so much more than just providing a social media wall at clubs and private events. The software works seamlessly with your existing DJ program to curate social media hashtags, pics, texts, and tweets from your crowd. As they share media on the screens at the venue, JammText goes to work behind the scenes to collect and store the contact information so that you can leverage it in the future. The enhanced crowd interaction during the event itself is the first step in building a loyal fanbase, but to take things a step further, you’ll need to do a little work after the gig as well! 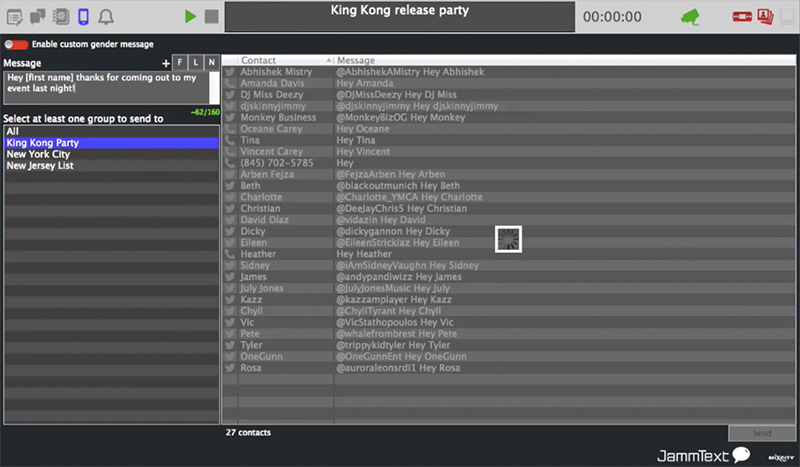 So, you threw a great party, rocked your set, and are trying to recover the next morning over a cup (or three) of coffee. This is a perfect opportunity to take a few minutes to put JammText to work for you. All of the contact information collected as the crowd shared messages and media on the screens is ready to go inside of JammText. Just grab your laptop, open up the JammText program and start composing a message to thank your fans for coming out to your show. JammText allows you to customize messages in batch with name fields for a personal touch. The software also gives you the option of sending everyone a message at the same time, or engaging in a one-on-one conversation, just like a normal text-message.

When your next show or event is on the horizon, it’s time to once again leverage your contact database in JammText to help boost attendance. JammText categorizes contact information based on the event that it was captured at. So, if you play a monthly EDM night, you are able to send a special invite to only the people that attended last month’s show. The same principle applies to hip-hop nights, open-format bar gigs, college nights, etc.! Soon, you’ll be able to build a loyal list of fans across all musical genres and venues. By doing so, you’ll be able to prove to club and bar owners that you do more than play great music; you bring people through the door. This all results in higher booking fees and a busier schedule for you, and it all started by using JammText to build and strengthen relationships with your fans!